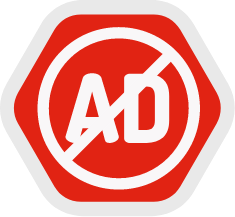 A free online WebP converter permits you to bring out conversions from WebP files to and from different other compatible file formats. You can perform WebP conversions instantly with this Google Web Picture converter.

You can now convert WebP to other formats or vice versa by simply making a drag and drop of files.

What is a WebP file?

Generally, WebP is an advanced image format that provides lossless and lossy compression for particular images on the web. Nowadays, the internet has to be raised in popularity, Google required images that are loaded more quickly without losing quality. Therefore, Google developed the WebP file format which is more efficient and improves the overall picture quality. The image WebP loads more quickly and even are 26% smaller in size as compared to PNG files.

Except that, now you can convert images to WebP files on Windows, Mac, and Linux OS with the help of an online WebP file converter.

In 2009, Google developed the WebP file format with technology it attained from On2 Technologies for improving over the JPEG, PNG, and GIF formats. WebP format was first introduced and announced by Google in 2010. It has a new open file format for lossy compression and true color graphics around the web.

How to use WebP files?

The main uses of WebP (Google Web Picture) include:

Generally, GIFs have been entirely formatted for memes and other specific online animations, while WebP files prefer an alternative. According to Google, WebP animations can be smaller than a file of GIF which requires fewer bytes.

Now, our online WebP file converter is indicated as a one-go-solution through which your image can easily convert to WebP file.

Why Use WebP files?

How to open a WebP file format?

These are the programs that open WebP images:

How to Create and Edit a WebP file?

You may entirely require a plugin to create and edit WebP(Google Web Picture)  files by using Adobe Photoshop. Once you installed a proper plugin that’s compatible with your device, then follow these steps:

How does WebP Converter work?

WebP (Google Web Picture) file is entirely an open-source image format, which is specifically designed to generate images smaller in size as compared to other formats.

Can WebP be compressed?

WebP supports lossy compression which is based on VP8 key frame encoding.

Do all browsers support WebP?

According to caniuse, 79.2% of browsers support the WebP Google format. You can find that Chrome, Firefox, and Edge are highly supportive of WebP. Even Safari will support WebP in version 14 which is going to released in 2020 September.